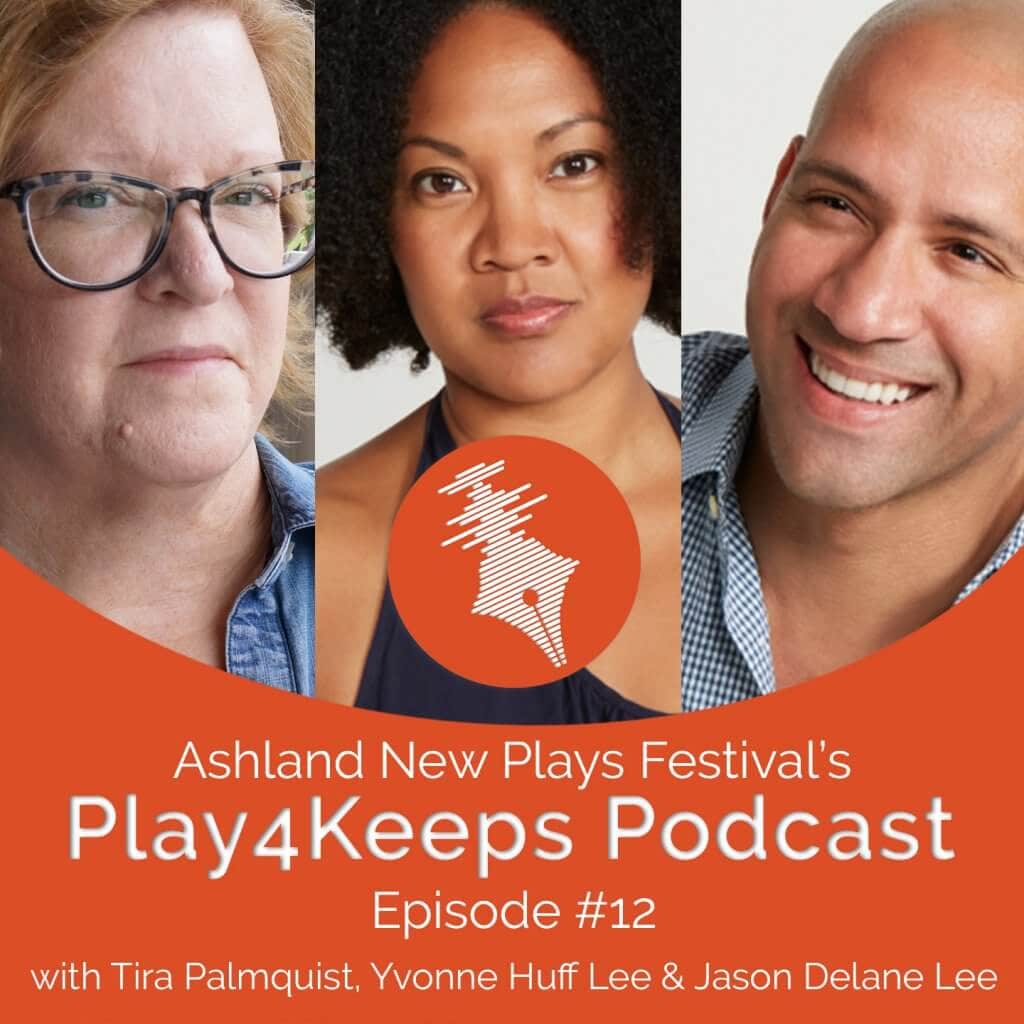 What drives us as people, creators, storytellers? In this compelling conversation, playwright Tira Palmquist and actors/producers/storytellers Yvonne Huff Lee and Jason Delane Lee share their passions and what drives them: powerful stories that engage difficult realities and social issues in a way that creates understanding and conversation. That connect with audiences in ways that heal. They talk about the superpower of poetry in dialogue, how to remain hopeful in the face of violence, and the power of stories that not only change lives but that can also save lives. “In the sharing of our stories, in the sharing of our art, we all become better.”

Tira Palmquist writes plays that merge the personal, the political and the poetic. She was a winner at ANPF 2019 with her play THE WAY NORTH, directed by Kym Moore. THE WAY NORTH was also a finalist for the 2018 Eugene O’Neill National Playwrights Conference, the 2019 Blue Ink Playwriting Award, and was an honorable mention on the 2019 Kilroys List.

Now Tira is working with Lower Depth Theatre Ensemble on SAFE HARBOR, a play they commissioned for their “Cycles of Violence” series. The story deals with the issue of sex trafficking and is powerfully told. It’s resonating with audiences as compelling, chilling and important. You still have a chance to see it at LA’s Zephyr Theatre through December 15.

Jason Delane Lee and Yvonne Huff Lee are actors, philanthropists, co-CEOs of the production company Lagralane Group and founding members of Lower Depth Theatre Ensemble. Both Lagralane Group and Lower Depth Theatre Ensemble bring untold stories to larger diverse audiences: “More than ever we see the need to support the uncommon voices, courageous visionaries and inspirational storytellers among us.” Some of the films they’ve produced at Lagralane Group include the Oscar-winning documentary Icarus, Lucky, Unrest, Dina, and Won’t You Be My Neighbor. In addition to commissioning SAFE HARBOR, both are also part of the cast bringing the story to life.