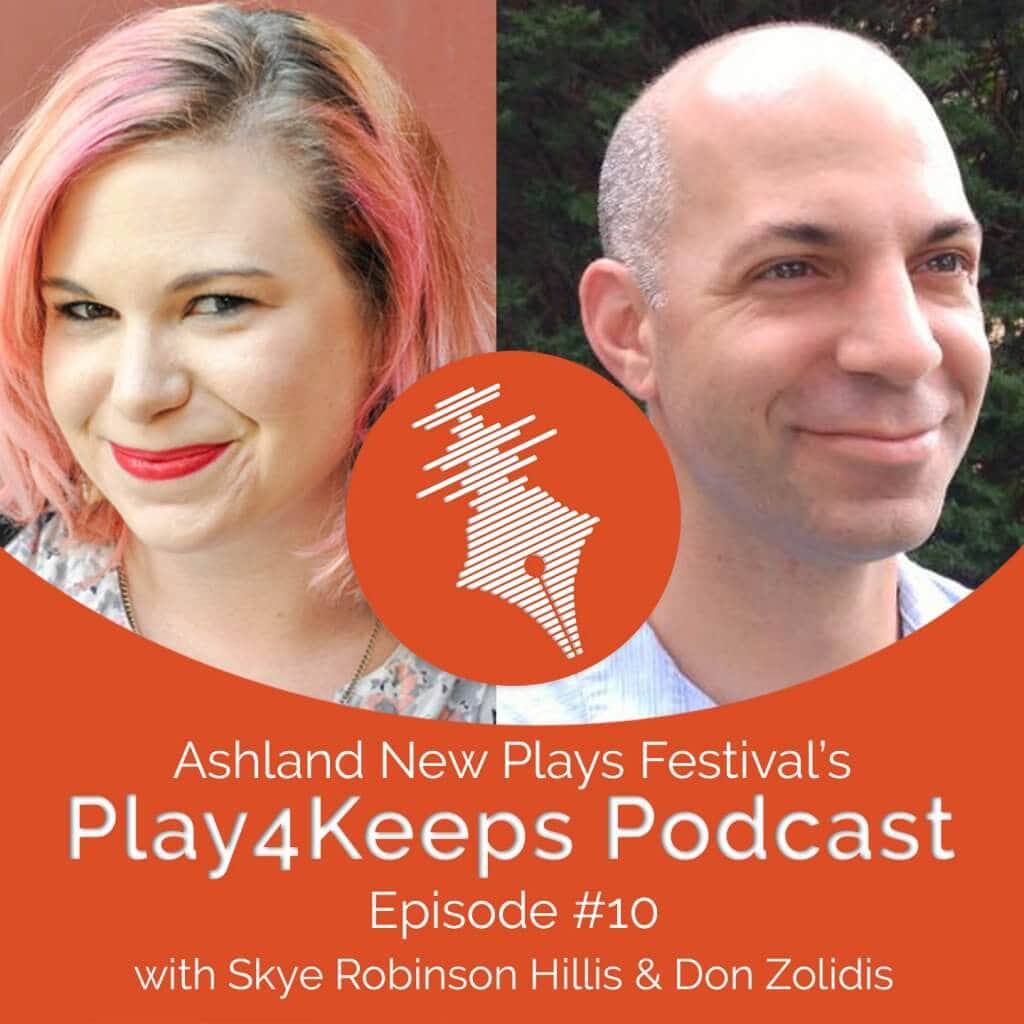 We’re so happy to bring these two past ANPF winners together in conversation! Skye Robinson Hillis (ANPF 2015 for AND VASTER) and Don Zolidis (ANPF 2017 for A DARK SKY FULL OF STARS) reconnect after last seeing each other at Great Plains Theatre Conference. In their conversation they explore the genesis of some of their stories, discuss Skye’s decision to go back to school for an MFA, and ask each other interesting, insightful questions about what they do and why they do it. Get inspired and learn something new!

ANPF’s 28th annual Fall Festival is happening next week, starting Wednesday, October 16, through Sunday, October 20, 2019. We look forward to welcoming everyone to this amazing week of new plays with powerful stories, engaging characters, and incredible performances. Be part of the creative process and stay for the talkbacks after each reading. Then get ready to write at the playwriting panel and workshop on Saturday, October 19. We’ll see you there! Get your tickets today at ashlandnewplays.org.

Skye Robinson Hillis is a playwright, director, and dramaturg based in Chicago. She is currently pursuing her MFA in Playwriting at Ohio University on a full scholarship. Skye is a two time semi-finalist for the Princess Grace Award, and her work has been seen at Creede Repertory, The Route 66 Theatre Company, Chicago Dramatists, and more.
Her play AND VASTER, which is also part of the ANPF Play4Keeps Podcast collection, was awarded a residency at the New Works Lab at Stratford in 2015; was a semi-finalist for the Princess Grace Award; and was a winner of the Holland New Voices Award at the Great Plains Theatre Conference, where she met our second guest…Don Zolidis.
Don is a playwright, novelist, and former middle and high school teacher. He is the most produced playwright in American schools, with more than 100 published plays that have been produced more than 11,500 times, appearing in every state and 63 countries. Honors include the Princess Grace Award, multiple Edgerton New Play awards, and others. His first novel, The Seven Torments of Amy and Craig, was published in October 2018. His ANPF 2017 winning play A DARK SKY FULL OF STARS received its world premiere earlier this year at Theatre Vertigo in Portland, Oregon.
Play4Keeps Podcast is proudly made by Ashland New Plays Festival in Ashland, Oregon.