Jeannine Grizzard wrote her first play as a college thesis on Shakespeare. Twenty-five years later, that one-act, At the Mermaid, was performed by Ashland Contemporary Theatre, where Jeannine has been Producing Artistic Director since 2010.

Her next full-length play, Galatea, was presented by fellow students at the National Theatre Institute. Jeannine attended NTI after earning her Masters in Shakespeare and Renaissance Drama in England. In the early 1990s, she taught “Acting Shakespeare” at Atlanta’s Alliance Theatre School and Georgia Shakespeare Festival Conservatory. She soon co-founded a professional educational company, Georgia Mountain Theatre, touring five states in the Southeast through the ‘90s with Shakespeare plays, American classics and original children’s musicals. Older elementary kids were the audience for her one-hour musicals, Pinocchio: Tale of Puppet (which toured for two years) and The Nightingale (for which she also composed the music).

For a decade, plays took a back seat as Jeannine pursued a second Masters in Philosophy and worked as a university Instructor. With the move to Ashland in 2006, she resumed directing and writing plays, with five short works presented through ACT’s annual festival of local playwrights.

As an actor specializing in one-woman shows, Jeannine toured the Southeast for seven years in Virginia Woolf: A Room of One’s Own. Then in 2013, she helped develop the role of Madame Pompadour for Molly Tinsley’s Pompadour, about the first woman to hold significant political power without having been born into the aristocracy. The ideas behind Pankhurst: Freedom or Death began with these previous solo performances. 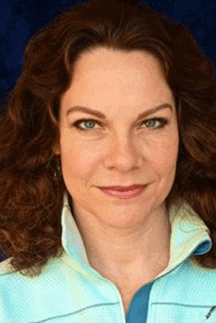