David Kelly most recently played Jonas Michaelius, Michael and Ensemble in Oregon Shakespeare Festival’s Manahatta; Henry Condell and Ensemble in The Book of Will. In 26 seasons at OSF, roles included General Gatt, Elbow, Abhorson in Off the Rails; Lumière in Disney’s Beauty and the Beast; Benny Southstreet in Guys and Dolls; Hennessey in The Cocoanuts; Steward in Into the Woods; Pickering in My Fair Lady; Gremio in The Taming of the Shrew; Dirksen in All the Way; Argan in The Imaginary Invalid; Major-General in The Pirates of Penzance; Falstaff in Henry IV, Part One; Pantalone in The Servant of Two Masters; Benedick in Much Ado about Nothing; Buddy in Welcome Home, Jenny Sutter; Richard in Richard II; Felix in Humble Boy; Bottom in A Midsummer Night’s Dream; Third Man in The Baltimore Waltz; Biff in Death of a Salesman; Garry LeJeune in Noises Off; and Porthos in The Three Musketeers.

Other credits include Elwood in Harvey (Guthrie Theater); Windrip in It Can’t Happen Here and Pastor Greg in Hand To God (Berkeley Repertory Theatre).

David is also an instructor of acting at Southern Oregon University. 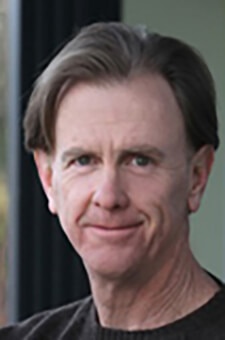